If you loved the Gong Show, if you miss Star Search or you’re a fan of America’s Got Talent then you’ll LOVE CASA’s Searching for the Stars!  Payne County CASA is searching for stars to help in its mission to advocate for abused and neglected children!  CASA is searching for groups and individuals who are interested in showcasing their talent for a good cause.  CASA is now accepting audition entries for the first phase of its Searching for the Stars fundraiser.  The talent auditions will be held on July 30, 2011 at
6 pm at the Stillwater Community Center.  Auditions are open to anyone who would like to perform and have the chance to move forward in the fundraising event.  The entry fee is $25 and must be included with the entry form which will be available on Payne County CASA Association’s Facebook page and at www.casaforkids.com or can be emailed upon request by contacting info@casaforkids.com.  The deadline for entries is July 15, 2011 by 5 pm.  The audition performances will be scored by a panel of three judges based on stage appearance and personality, originality and creativity, audience response, delivery and overall performance.
The entry form can be found at: http://www.scribd.com/doc/56419405.
Entries will also be accepted via YouTube until July 15, 2011 by 5 pm.  All performances both live and video, must be two minutes or less.  For YouTube submissions simply email a link to your YouTube entry to info@casaforkids.com.  Your video submission will not be considered until your entry form and fee are received in the CASA office.  All YouTube submissions will go through a pre qualifying panel made up of Payne County CASA Fundraising Committee members.  The chosen YouTube entries will be shown at the live auditions on July 30th to the panel of three judges and the audience and given the same opportunity for a chance to advance as one of the six finalists.
The top six finalists and three alternates will be announced at the end of the auditions.  The six finalists will then perform at the 12th Annual Hearts Go Out for Children Gala Fundraiser on February 4, 2012 at 6 pm at the Payne County Expo in front of 300-350 guests.  Finalists will collect pledges on their behalf as a portion of their scores.  The six finalists will have three months to prepare for their final performances and their individual pledge campaigns which will kick off on November 16, 2011.  The overall winner of CASA’s Searching for the Stars will be determined by adding 50% of the finalist’s points determined by funds raised with 50% of the scores given by the panel of three judges.  The six finalists will compete for CASA’s Searching for the Stars trophy and prize package sponsored by local businesses.
The auditions on July 30th will be open to the public, first come first serve, for the first 700 guests.  The auditions are general admission.  The cost is $5 for adults.  Children under 12 are free.
For more information please review CASA’s Searching for the Stars Entry Form or call 405-624-2242 or email info@casaforkids.com.  Entry forms will be accepted via email, fax at 405-624-2250, by mail or in person at 315 W 6th, Ste 205, Stillwater, OK  74074.  Payne County CASA is a 501 (c) 3 not for profit agency and all pledges/donations are tax deductible.  Payne County CASA is a United Way agency.

Filed under Community Partner, How cool is that?!, Stillwater, Volunteer Opportunities

FEEL STRONG this summer by donating blood with Oklahoma Blood Institute!
You’ll receive a voucher for two tickets to the Oklahoma City Zoo, a T-shirt and the satisfaction of knowing you saved three lives with your donation.
Photo ID Required.
Now through August, you can support The Leukemia & Lymphoma Society by forgoing the T-shirt offered in appreciation for giving blood. In turn, Oklahoma Blood Institute will make a monetary contribution of similar value to support The Leukemia & Lymphoma Society.

Filed under How cool is that?!, Volunteer Opportunities

Filed under Community Partner, How cool is that?!, Stillwater, Volunteer Opportunities

The Stillwater Public Library needs volunteers for the Library of Congress Touring Museum Exhibit, which is June 7-8.

The library is looking for 16 volunteers to help out. 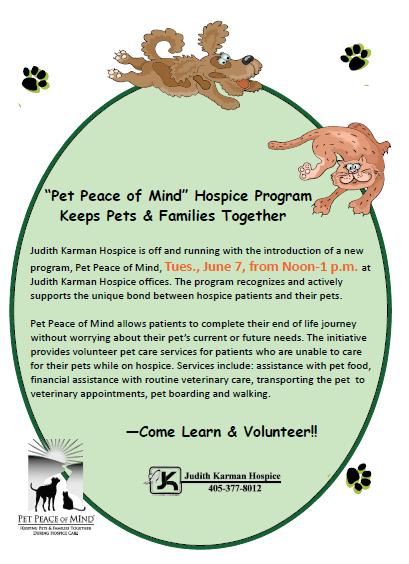 We have had 9 families in Stillwater with affected homes from last nights tornado that went thru on the south side of town.  We are in the process of damage assessment with these homes, and assessing the needs of these local families.  Fed Ex is still going to Joplin, I just met with them, but they are also taking supplies for the Oklahoma tornadoes of last night, and will be taking trucks to OKC Red Cross for distribution.  9 is the preliminary report at this time, and there may be other homes yet to be discovered.  At this time we are taking donations of recovery items for the local families here at our office on 8th.  Examples of items needed are:

We also have a shelter open at the Red Cross office here on 8th street, for the victims of last nights storm.  The shelter will be open as long as needed. We are accepting donations for the Stillwater families at our office. Please pass the word.  Thanks. Vicki
Vicki Henington
Executive Director
North Central Oklahoma Chapter
114 West 8th Avenue
Stillwater, OK 74074
Off 405.372.1833
Fax 405.377.5849
Cell 405.780.1327
vhenington@arcok.org